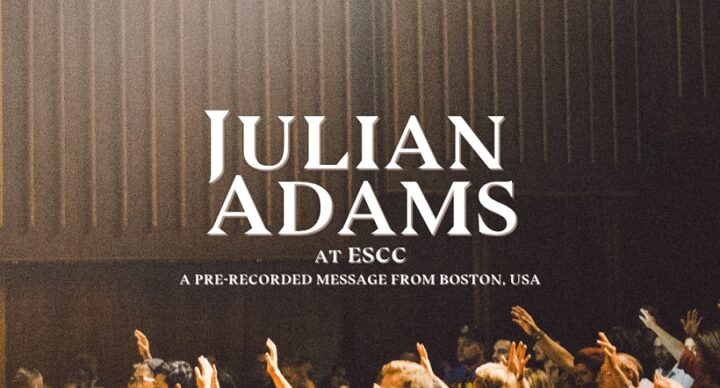 We welcome Julian Adams from Boston, USA who will share a recorded message with us.

The pre-recorded message will be played on Sunday during the service.

Where?
ESCC Hall.
We will have live worship in the hall, followed by a recorded message specific for ESCC from Julian.

Julian is a director of FrequentSee and pastor of The Table Boston Church. He is an author, spiritual advisor, revelatory teacher and leadership consultant in political, business, and creative spheres.

An internationally recognised prophet, Julian has a proven track record in the fulfilment of words released over individuals, communities, and nations.

Julian is married to Katia and they have 2 children.

For more info about Julian and Katia and their ministry, go to https://www.frequentsee.org or https://www.thetableboston.com